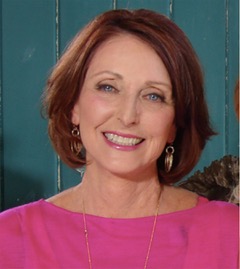 Judy Brooks is a television and radio personality that bring a wealth of media and metaphysical experience to her role as creator and host of Healing Quest, the acclaimed series on natural and integrative health airing for 13 seasons on PBS stations across the country.

The half-hour programs explore the new pathways to optimum health — health that transcends the mere absence of illness and encompasses instead that maximum wellness of mind, body and spirit.

Ms. Brooks is also founder of Lightbridge Media which she launched with her husband, Roy Walkenhorst in 1998. Their vision is to create programming that is entertaining, enlightening and empowering.

In addition to Healing Quest Ms. Brooks has produced three prime-time pledge specials for PBS stations; produced and directed Peace Kids: The China Trip, a one-hour documentary on the journey of 14 American children to China on a grassroots peace mission; and produced and directed Broken Wings, a six-part video series to help U.S. educators deal with the epidemic of domestic violence.

For several years Judy also taught acting classes and workshops in San Francisco “Acting from Your Intuitive Self.”

Before moving to San Francisco from Los Angeles Judy was a theatrical agent and personal manager represting actors for television and motion pictures.

For the past 3 years she has co-hosted and produced a weekly Healing Quest radio show and podcast on iHeart Radio at KFBK in Sacramento.

Ms. Brooks has advanced training in Reiki and Alchemical Hypnotherapy.